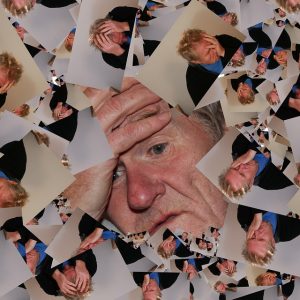 Dementia is a group of symptoms that can have a number of causes. Alzheimer’s Disease is the most common.  The symptoms include difficulties with memory, language, problem solving, and other cognitive skills that make it progressively more difficult for the person to take care of everyday tasks.

In 2017, 5.5 million Americans were living with Alzheimer’s Disease and there were approximately 480,000 new cases in adults aged 65 and older. This is expected to double by 2050 as more people reach age 65. (For everything you want to know about Alzheimer’s, the Alzhiemer’s Association is the place to go).

There’s no cure for dementia at this point and the medications available to treat the symptoms are not always that effective. So our best bet right now is to try and prevent and delay its onset. While there can be a genetic component, especially for particular forms of early onset dementia, there are some risk factors that we can modify – most notably cardiovascular disease.  (Yup – eating healthy and getting plenty of exercise. We know we need to do it.)

Social engagement is also thought to help, although the research on this is more limited.

What does social engagement mean?

But what does that mean exactly – social engagement?  I am an introvert and I’m pretty happy spending whole days not talking to anyone but Husband and The Quadrupeds. Does that mean I’m at risk? Should I be forcing myself to go out and interact with people just like I lever myself off the couch and go to the gym?

I recently came across an article by Jisca Kuiper and colleagues at the University of Groningen in The Netherlands that helps pull this apart a little bit.

First, the concepts of social engagement or social relationships encompass a variety of things.  There’s the structure of your social network – at its most basic the number of people you have connections to.  There’s also the more qualitative component which is how you interact with those people.  In this study, Kuiper and colleagues categorized social relationships as:

They used a meta-analysis to look at the relationship between these different aspects of social relationships and incident dementia in the general population. 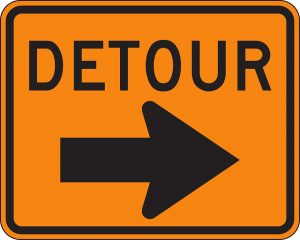 Science is a cumulative process.  We take what we learn from one scientific study and we add it to what we learned from a previous study and the next study adds on to what we learned and so on so that over time we build up a base of evidence around a set of research questions.  Of course, in reality it’s messier than that because (among other things) studies can contradict each other. Half the fun is digging in and figuring out why.  Systematic reviews (of which meta-analyses are a subset) are a way to gather data from a group of similar individual studies and identify the patterns of results.  Meta-analysis is a type of systematic review that lets us statistically pool the results of a group of similar studies.

As with all scientific studies there are procedures that guide meta-analysis including how studies are identified, the criteria used to include or exclude particular studies, which measures are used from those studies, and how data from those studies will be combined. (If you really want to geek out on the details you can take a look at the Cochrane Handbook for Systematic Reviews of Intervention).

Back to our originally scheduled program

Kuiper and colleagues reviewed the titles and abstracts of 8,528 articles (crikey!) and from that identified 133 full articles to look at more closely.  Out of those 133 they identified 15 articles that met their inclusion criteria and identified another 4 from reference lists for a total of 19.  These articles reported on the association between social relationships measured at some baseline time point and incident dementia at a second follow-up time point using nationally representative data.  That means they weren’t looking at the effects of an intervention just at the way social relationships at time 1 were associated with onset of dementia at time 2 based on data that allows them to generalize the findings to a national population.

Here, in a nutshell, is what they found:

In addition, the strength of the associations were comparable to other well-established risk factors such as depression, physical inactivity, midlife hypertension, low education attainment, type 2 diabetes, and smoking.

So really the bottom line – eat healthy, get plenty of exercise, and don’t isolate ourselves.  (And this introvert would like to remind you that your isolation might be my happy quiet time).