The title of this post is a bit of a misnomer because I’m not actually in Finland any more. Sadly, my 7 weeks in Tampere have come to an end. I’m glad to be home and was very happy to sleep in a pile of quadrupeds last night, but I already miss my Finnish home away from home. Of course, I’ll be back. There’s still lots of work to do and I didn’t make it to Estonia or Romania so I have those adventures to look forward to as well.

Now I am readjusting to this time zone, to saying “thank you” instead of “kiitos”, and to darkness and lightning bugs (a stranger transition than you might expect). I’m also continuing to sort through some of the things I’ve learned. Today I’m thinking about voluntary associations in Finland and their role in elder care.

I haven’t quite figured out yet what the U.S. corollary is to Finland’s voluntary associations. I’m also not completely sure yet of their history and role in Finland, at least not beyond the superficial level of description I’m writing here. More on these topics later since it’s clear that this needs to be a section in The Book. For now . . .

Since Finnish independence in 1917 over 170,000 voluntary associations have been founded. In 2011, there were approximately 90,000 registered associations and who knows how many unregistered, referred to in two articles I read as “wild” associations which makes me smile and conjures up all sorts of amusing images. (In fact, I just spent a fair amount of time staring out my office window day dreaming about the habits of voluntary associations in the wild. That might be the jet lag.) More than 80% of Finns belong to at least one association.

Associations focus on a variety of things ranging from politics to hobbies and sports. Their historical roots lie in working for political and social causes, but over time the participation in political associations have given way to more exercise and sports clubs, cultural, and other leisure associations. In fact, almost three-quarters of associations registered in 2000 to 2002 were these types of “lifestyle” associations with more focus on self-development and less on reaching social goals.

Voluntary associations in Finland, and Nordic countries more broadly, are particularly important because the welfare state evolved from them. Their role has been to mediate between citizens and the state or the municipality. They created networks of people with similar interests and goals and through those networks communicated information, goals, ideologies, and wishes throughout the community, and sometimes from the grassroots up to the state. Associations in conjunction with broader social movements advocated for and helped organize the welfare state. This close relationship between associations (made up of the citizenry) and the state helped create the trust and confidence necessary for the Nordic welfare institutions to function well. This is something I want to explore more.

I visited a few associations while in Finland. Next post I’ll describe a few of them, the work they do, and their relationship to the broader welfare state. 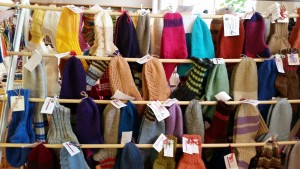