A reader of my first blog post reminded me of the importance of unpaid informal caregivers. A couple of recent coffee shop experiences have as well. (Coffee shops are my offices away from my offices and I am a shameless eavesdropper, at least when conversations are loud enough to be easily heard. You have been warned.) 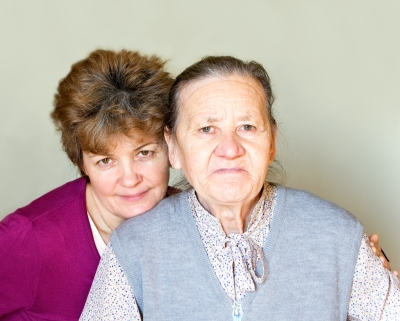 Coffee shop experience #1: An older gentleman sat down at my table. He called me Sally and thanked me for getting him out of the house. He told me a lovely story about a goat he had as a child. As we were talking, a woman about my age hurried over with two coffees in her hands. She was his daughter – Sally. She apologized and led her father away to another table.

Coffee shop experience #2: A woman at a table next to me talked a long time about a recent decision to move her mom into an assisted living facility. Her mother had wandered away from home twice, once in the middle of a Michigan snowstorm. She was heartbroken, but it had just become too hard on her kids, her marriage, and her job to care for her at home.

I imagine these stories have a familiar ring for many. Most of us are caring for an older parent or spouse, have done so recently, will do so at some point, or know people who are. The National Alliance for Caregiving and AARP report that, in 2009, 43.5 million people in the U.S. aged 18 and older were providing unpaid care to a family member or friend age 50 and older. This is 19% of all adults in the U.S. and is expected to rise as the population continues to age. There is a nice report on their 2009 survey, Caregiving in the U.S. , but even better (for nerds like me) the data on almost 1,400 caregivers is freely available .

So, I spent a happy, winter afternoon playing with data – a cup of tea close at hand, some dark chocolate covered blueberries, a puppy on my feet, and a cat snoring (loudly!) on the window sill.

For today I decided to look at some gender differences. It probably won’t surprise anyone that the majority (67%) of caregivers are women (although the proportion of male caregivers has increased since 1997). Beyond that, however, there are fewer differences than I, at least, expected.

The type of care provided is often broken down into Activities of Daily Living (ADLs), which includes personal care tasks like getting in and out of bed or getting to the toilet, and Instrumental Activities of Daily Living (IADLs) – paying bills, cooking meals, providing transportation, etc. There is no difference between men and women in the number of IADLs they help with. Women take care of more ADLs on average, but the difference is quite small and seems to be driven largely by two tasks: fewer men help the care recipient get dressed or bathe/shower. And really, this doesn’t seem too surprising. The majority of care recipients are women relatives (most of those mothers) who are around 77 years old and, quite frankly, may not be comfy with a man (who is not their spouse) helping them with these more intimate tasks. (Only about 6% of caregivers are spouses).

Some of this may be due to differences in employment status which to me, although not surprising, is more of the more striking differences. More male caregivers work full-time and said they worked at the same time as caregiving, while more women work part-time or identify themselves as a homemaker. A higher proportion of women reported going from full to part-time work or giving up work entirely because of caregiving responsibilities, and losing job benefits as a result. In two earner heterosexual households, the woman is most likely the one making less money so going part-time or stopping work is probably a reasonable financial decision. The majority of people in this sample are married, although fewer women are married and more are divorced, separated, or widowed. For this subset of women, giving up work for caregiving may be particularly difficult.

Another important difference to me is that women report more physical strain and emotional stress from providing care, although there is no difference in financial hardship. A higher proportion of women than men also reported that caregiving made their health worse.

In future posts, I’ll look more at the type of help people feel they need and some policies and programs that would provide support to these families.

In the meantime, share your caregiving stories and questions.