I’ve been thinking a lot about place and space and how that shapes a lot about us, both individually and collectively. When we host students and colleagues from Finland they are struck by how big things are here – from buildings to cars to coffee mugs.  It makes sense I guess that given how much space we have compared to many European countries we would make things bigger.  At the same time, innovative Finnish design makes sense too.  If you have less space, you have more reason to design things that are efficient and functional and if you can make them beautiful at the same time all the better.

There are more insidious effects of place and space too as suggested in a recent article by Stone and colleagues on place as a predictor of health insurance coverage.

This article focuses on the county level in the United States.  That’s where a lot of care for the uninsured and underinsured takes place, but is not as often a focus in research as other levels of geography.

About that Republican votes thing . . .

I keep coming up against ideology and how fundamental differences in our beliefs about the role of government versus market forces in providing fundamental services to our citizens are roadblocks that seem insurmountable (regardless of which side of the debate you fall on).

Some of us see things like health care and a broad social safety net as a right, something that as a people we should make sure everybody has access to, and that broad access ultimately benefits us all.  Universal insurance coverage and other re-distributive policies make sense from this perspective and are not antithetical to having a strong democratic capitalistic society.

Others of us see those who can’t afford these things as some how lacking in skills, drive, morals, gumption, pick the word of your choice.  The market will provide to those willing to do the work required.  And so of course, investing less in public services makes sense.

I’m sure it’s clear which side of this debate I fall on even if my complete bafflement at the stance of the other guys does not always come through as completely as it might. (Or maybe it comes through loud and clear, but believe me I could be much more outspoken!) 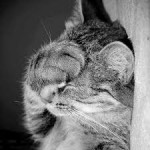 I also realize that there are shades of purple in these arguments.  But still. I am quite sure there are plenty of us on both sides of the debate who regularly engage in a good face palm in utter amazement that the other side can’t see the plain facts staring them right in the face. (And back we go to that Republican vote thing).

Reading this article introduced me to literature on “critical social geography” that I hadn’t come across before or at least not in quite this way. Social geography looks at geographical differences in structure that foster inequities in resources and marginalize populations. Think uneven economic development so that already struggling neighborhoods don’t have any grocery stores. Or public transportation just conveniently not going from here (where there are people who need jobs and are willing to work) to there (where there are employers hiring).

I’ll keep mulling over this place and space stuff, but in the meantime, if you have thoughts on the subject, let me know.